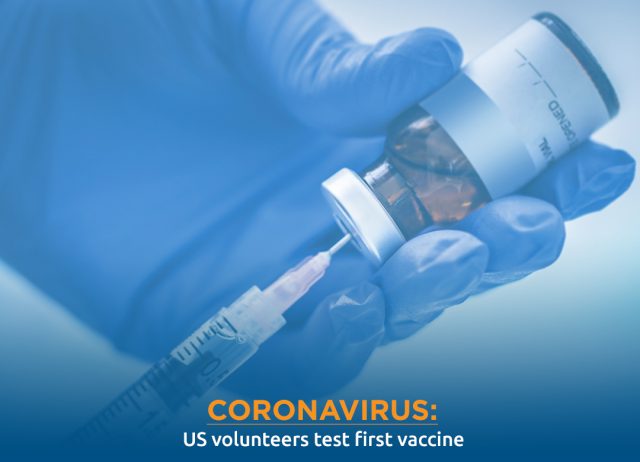 Volunteers in United States will get the trial shots of the vaccine at the Kaiser Permanente research facility in Seattle, WA. Reportedly four patients have volunteered and the first person to get the jab on Monday was Jennifer Haller, a 43-year-old mother of two from Seattle.

“This is an amazing opportunity for me to do something,” the Braveheart lady told AP.

Scientists around the world have sped up their efforts to create an antidote for Covid-19. However, this human trial was not preceded by its application on the animals. Moderna Therapeutics, the company behind the fast-tracking research said that vaccine has been created using a tried and tested process.

Dr. John Tregoning of Imperial College London discussing the development said: “This vaccine uses pre-existing technology. It has been made to a very high standard, using things that we know are safe to use in people and those taking part in the trial will be very closely monitored. Yes, this is very fast – but it is a race against the virus, not against each other as scientists, and it is being done for the benefit of humanity.” 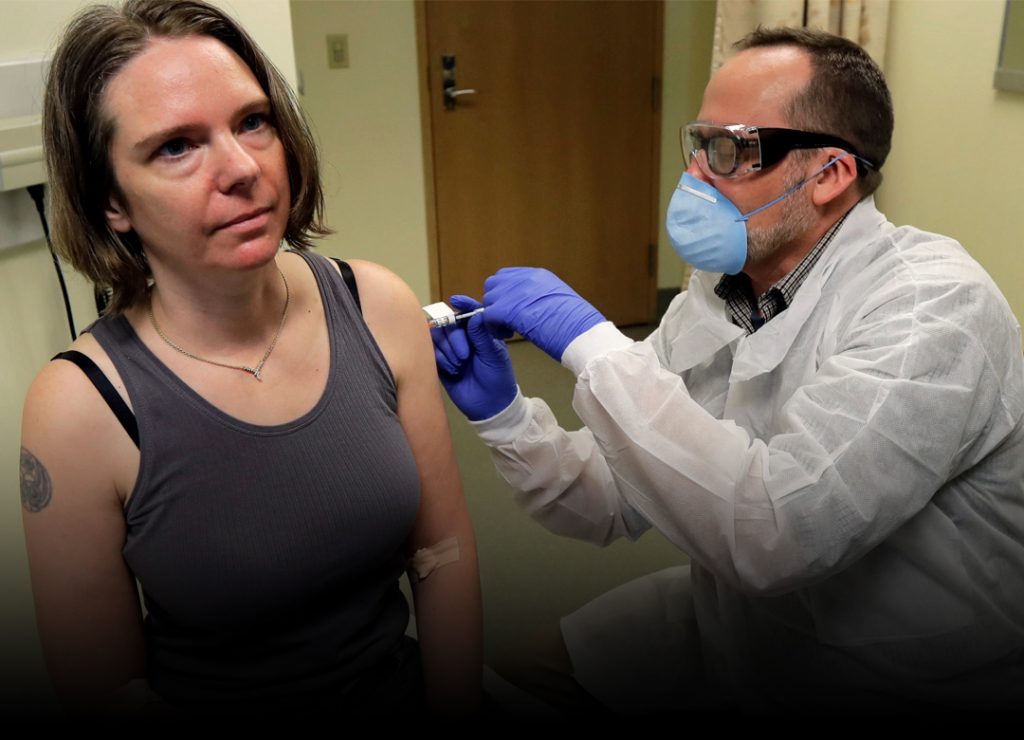 Typical vaccines for viruses like measles and others are developed from a weakened or neutralized virus. But the mRNA-1273 vaccine is not created from the virus that causes Covid-19 and instead uses a short segment of genetic code copied from a laboratory-made virus. This will hopefully strengthen the immune system of the human body to fight off the real virus.

The volunteers received different doses of the under-experiment antidote in upper arm muscle and will take another within 28-day-period. But even these initial experiments live up the hype it could still take minimum 18 months for a production of any potential vaccine to reach the public. For now, washing hands, using a tissue for coughs, avoid touching you face and other precautions are the only way to avoid catching the deadly disease.