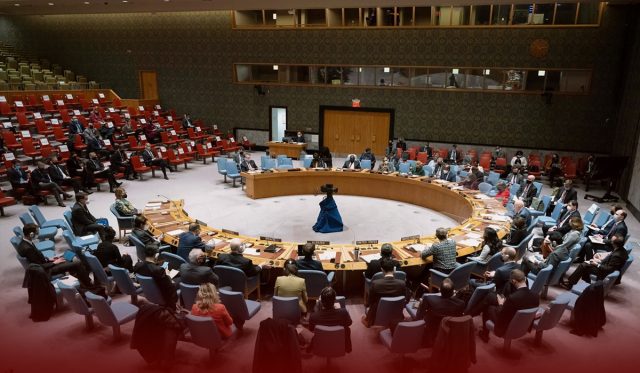 Furthermore, the United States President Joe Biden announced in Washington to slap financial sanctions on several Putin-backed Russian officials and banks. Biden also announced economic sanctions for the officials’ sons as punishment for starting a Russian attack on Ukraine. In addition, the president said that his government would impose full blocking on two big financial officials of Russia and wide-ranging sanctions on Russian debt.

West leaders and the United States swiftly responded to the Russian leader’s order to send troops to separatist regions of Ukraine by slapping sanctions on Moscow. In addition, Biden announced economic sanctions on Russian banks and officials close to Putin. pic.twitter.com/E0qTU5Ra4c

Biden further added that his recent announcements mean that the U.S. cut off the Russian government from Western finance. Russia can no longer raise money from the Western countries and can’t trade in its new debt on U.S. markets or European markets. The United States President vowed that more economic sanctions were intended at the 351 Duma legislators who voted in favor of recognizing Ukrainian separatist regions, along with twenty-seven other Russian officials and institutions from the banking and defense world.

On Tuesday, the East-West conflict over the Ukraine issue worsened dramatically, with Russian lawmakers approving President Putin to use military force in the separatist regions of Ukraine and American President Biden along with Western leaders responding by slapping economic sanctions on Russian banks and oligarchs. Both presidents indicated that an even bigger conflict could lie ahead.

Still, the Russian leader has to release the armed force of the one hundred fifty thousand troops deployed on three sides of Ukraine, while the U.S. president held back on even swift and severe financial sanctions that could cause economic instability for Moscow. Biden added that the moves would effectively cut off the Russian government from Western business.

Likewise, the U.S. president announced that he was deploying additional troops and equipment to reinforce American allies in the Baltic countries on the eastern side of NATO. However, he clarifies that the reinforcement would not be there to fight Russian forces. Biden still said that diplomacy still de-escalated the current crisis regarding Ukraine and announced that the United States would remain open to dialogs with Russia and its allies to avert an all-out war.

The U.S. President Vowed to Limit the Impact of Gas Prices in the Country

The United States President Joe Biden promised that his government is trying its best to limit the effect of economic sanctions on gas prices in the country. However, he acknowledged that the U.S. nationals would probably see mounting gas prices at the pump in the coming months. In addition, the government started describing the latest events in Ukraine’s eastern regions as an attack earlier Tuesday after evaluating the ground situation.

Jon Finer, the U.S. principal deputy national security adviser, noted during an interview on CNN’s New Day the Russian military has been operating in two different regions since 2014, when Moscow began an invasion into Ukraine. Further, he added that Russia has been attacking Ukraine since 2014.

Putin may Launch a Fuller Invasion

According to two American officials knowing of the assessment, the United States continues to evaluate that the Russian president’s move ahead with a fuller attack is still possible. Hours after President Putin signed the orders, the U.S. president responded by issuing a narrow set of restrictions restricting financial activity in the two regions.

On Tuesday, the United Kingdom said that it was imposing financial sanctions on three wealthy Russians and five Russian banks following the decision of Vladimir Putin to recognize two separatist nations. On Tuesday, Boris Johnson announced the sanctions in a statement to the U.K. parliament.