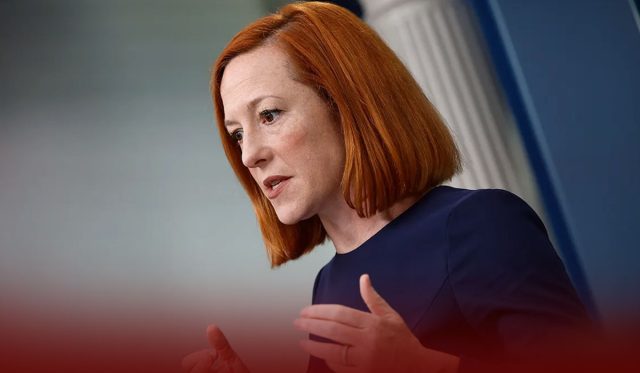 The White House called Monday’s federal court ruling to toss the Biden government’s face covering mandate for public transport travelers on airplanes and trains a disappointing decision based on national health agency recommendation. On Monday, a federal judge canceled the transportation face mask mandate of the Biden government from the Centers for Disease Control and Prevention (CDC), which applies to individuals as young as two years old.

White House announced that the federal judge Monday ruling to cancel the Biden government’s face mask mandate for travelers using public transportation like airplanes and trains disappointed him as it contradicted CDC recommendations for passengers to wear face masks/coverings. pic.twitter.com/6AIvnMbLje

Recently, the order was extended to 3d May before yesterday’s court ruling. United States District Judge Kathryn Kimball Mizelle in Tampa, Florida, said in her ruling that health officials crossed their authority in issuing the mandate. Further, she said that the CDC failed to justify its decision and didn’t follow measures in giving the mask mandate. Earlier in April, the CDC extended its mandate on public transportation by fifteen days until 3rd May.

Health officials said they required time to evaluate the measure of the BA.2 Omicron subvariant of the COVID-19, which is becoming the reason for to rise in cases in some areas of the country. Initially, the health agency issued the mask mandate in February of 2021, and it covers taxis, ride-share vehicles, transit hubs, airplanes, and trains. However, airlines lobbied for the last some months to protest against federal officials and asked them to roll back their mask mandate.

On Monday, Jen Psaki, the White House press secretary, said that the federal health agency recommended continuing the mask mandate order for another two weeks to assess the latest science in keeping with the agency’s responsibility to protect Americans. In addition, the CDC continues to recommend wearing face masks in public transit. The ruling from Judge Mizelle came in a case brought to Florida federal court against the government.

She determined that the mask mandate violated the US Administrative Procedure Act (APA). Psaki also stated that the Biden government was reviewing the court decision and added that the Department of Justice would make any determinations about the lawsuit. Psaki further added that the government ordered an additional fifteen-day extension to look at the statistics and make recommendations based on the science, the data, and whether the mandate should continue.

Since early April, there have been increases in the seven-day moving average of Coronavirus cases in the country. So, to assess the likely impact the rise of new cases has on severe infection, including hospitalizations and deaths, as well as health care system capacity. Moreover, the Transportation Security Administration decided to extend the security order and emergency amendment for two additional weeks.