Home Updates WHO chief warns of deadly resurgence in cases if curbs lifted too... 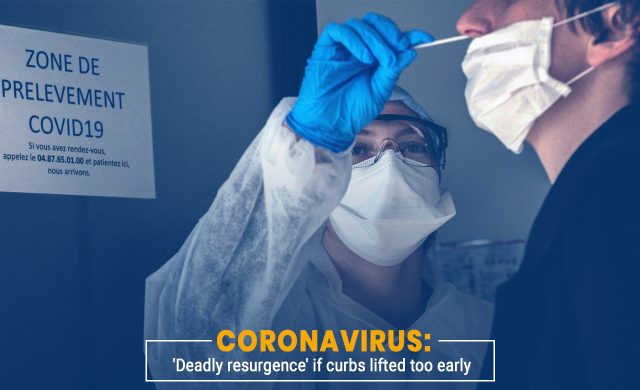 WHO Chief has warned that easing the restrictions too early could incite the number of infections brining a new wave of the virus in the countries planning to lift the lockdown.

Dr. Tedros Adhanom Ghebreyesus said countries should be careful about dealing with the lockdown as they suffer with the economic impact. Spain, France, Italy and other European countries are planning to lift the lockdown in the wake of economic nightmare. Across the globe there are 1.6mn Covid-19 cases with over 101, 000 fatalities. Addressing a virtual news conference in Geneva, Dr. Tedros while lauding that there had been a decrease in the number cases in some European nations added that governments should be cautious and relaxing the restrictions should not be done too soon.

“Lifting restrictions too quickly could lead to a deadly resurgence. The way down can be as dangerous as the way up if not managed properly.” He added that his organization is assisting governments to from strategies for easing curbs.

The Spanish government is gearing up to allow construction workers and factory production staff to return to their jobs on Monday. The country recorded its lowest death toll of 605 people in last 17 days on Friday. The latest figures reveal, Spain has suffered 15,843 confirmed deaths. However, the government has appealed to its public to still maintain social distancing over the Easter.

Italian Prime Minister Giuseppe Conte has expanded the nationwide lockdown to May 3, 2020 warning that the gains made over the last months should not be vanished in haste. However, he announced that a small number of businesses hammered by the lockdown since March 12, will reopen on Tuesday. Conte specifically mentioned easing curbs on bookshops and children’s clothing businesses but media reports suggest that launderettes and other services may also be eligible for the relief.

Only grocery stores and pharmacies have been allowed to work since the lockdown began. The number of deaths recorded in Italy were down from Thursday’s 610 to 570 on Friday with a slight decrease in number of new cases that dropped to 3,951 from 4,204.

Dr. Tedros has warned that the disease is moving to other part of the world and has now reached Africa, where he said the virus had infected rural population. 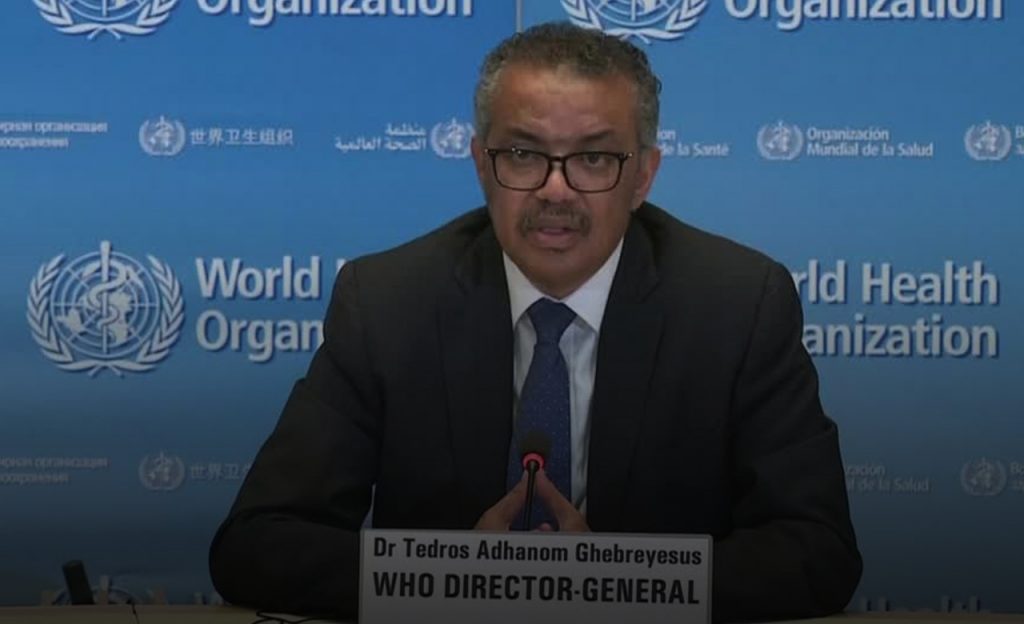 “We are now seeing clusters of cases and community spread in more than 16 countries” on the continent. We anticipate severe hardship for already overstretched health systems, particularly in rural areas, which normally lack the resources of those in cities,” the WHO head said.

Meanwhile, in Ireland Leo Varadkar has revealed that lockdown restrictions will stretch through April and will be in place until May 5.

Turkey has announced a 48-hour curfew in 31 cities including Ankara and Istanbul. The order came just two hours before the curfew was due to start causing panic among public who rushed towards shops and markets for buying.

Portugal’s Marcelo Rebelo de Sousa has also extended the emergency until May 1.

United Kingdom is yet to announce the ease in emergency measures and the government says that restrictions will not be lifted until the passing of the peak. The number of deaths in France surged by 1,000 to record a tally of 13,197 on Friday. The number of people in ICU’s have dropped slightly for the second consecutive day.

“We seem to be reaching plateau, albeit a high level,” said Director of Health Jérôme Salomon.