Home Updates Why Prince Harry left Royal Life and move away from London? 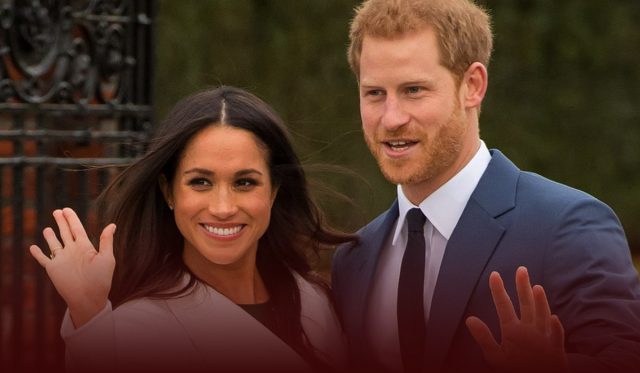 Prince Harry said that he left his royal family last year because the United Kingdom press was destroying his mental health. Harry told James Corden at “the Late Late Show in a rare one-on-one interview that he decided to get his family out of the pressures of royal life. So, he took a decision to move away from London and preferred the representation of royal life seen on the Netflix show “The Crown” to the one published in newspapers.

Further, he elaborates that the British press was destroying his mental health, which was so toxic. So, he did what any husband and any dad would do. Prince Harry and his wife Meghan Markle, Duchess of Sussex, stopped working as members of the royal family in January of last year, as a step that caused a crisis within the establishment.

Since they moved to Los Angeles and started carving out new lives, increasing their public engagement and visibility with more compassionate media celebrities besides, Harry’s interview with Corden comes days before he and his wife sit down for an interview with Oprah Gail Winfrey. During the interview segment with Corden, in which the couple travels around Los Angeles in a bus, the prince revealed he watched “The Crown” – the famous drama that probes several reported fractures within the royal family.

Prince Harry and Meghan Zoomed the Queen a few times

Prince told Corden and his life with his wife in Los Angeles will be a sightly separate version, but a continuance, of what they were doing back in the United Kingdom anyway. He says that his life is always going to be about public service, and his wife signed up to that, and both of them are enjoying doing that. Moreover, Harry told Corden that they video-called Prince Philip and Queen since their move. Both of them Zoomed them some times, and they saw Archie running around.

Prince Harry says that instead of clicking the button to leave a meeting, he just shuts the laptop screen when the conservation is over. At present, the ninety-nine-year-old prince is in the hospital in London because he is suffering from an infection. Harry’s interview was probably recorded before his admission, but he doesn’t comment on it. The prince also discussed his relationship with his wife and their son Archie by revealing the first word of their child as “crocodile.” At Christmas, the Queen sent him a waffle maker at the request of Meghan.

During the interview, the couple visits the house used in “The Fresh Prince of Bel-Air,” the 90s Will Smith series. Harry revealed about awkward rapping – that he knows the lyrics to the famous theme song of the show before a bathroom break. Afterward, Corden video-calls Meghan on her husband’s phone to humorously suggest the pair move in. In response, Meghan said they had done enough moving and dropped her nickname for her husband – “Haz.” The pair recently revealed good news about their upcoming second child. Whereas the Duke and Duchess of Sussex both sued media outlets in the past for penetrating into their privacy.