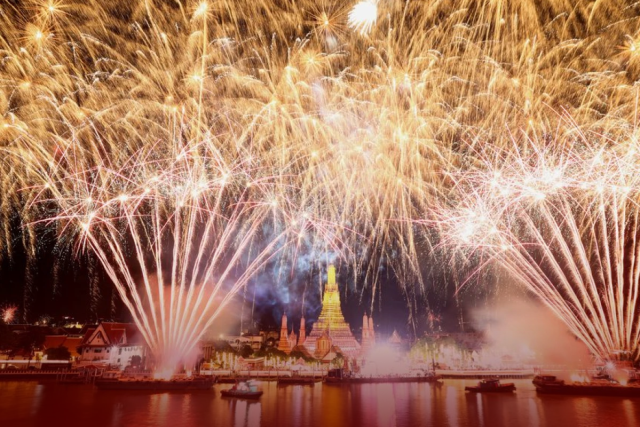 Times Square, there was a packed party to celebrate the new year, and fireworks soared above major European capitals as the world hoped for an end to the deadly war in Ukraine and a return to normality in Asia after Coronavirus. Several factors contributed to this year’s significant events, including the conflict in Ukraine, economic stress, and global warming. In addition to all this, it was also a year in which the soccer World Cup was played, technological developments were made, and efforts were made to eliminate climate change.

Countdowns and fireworks marked the beginning of 2023 around the world – and marked the end of a year that brought the war in Europe and concerns about inflation around the world. Beginning in Kiribati in the Central Pacific, the new year travelled across Russia and New Zealand. pic.twitter.com/Rq3oSJJkf0

Under pouring rain in Times Square, thousands corralled themselves into pens to see the ball drop as 2023 swept throughout Europe, Asia, and Africa. Additionally, the calendar change was marked with a geodesic sphere composed of Waterford crystal triangles that slide down from a pole above a 25-story building. In the meantime, millions worldwide watched the countdown and accompanying musical acts on television.

To maintain a front-row seat, spectators must deprive themselves of all comforts to remain in Times Square, said mechanic Tommy Onolfo, 40, of nearby Nassau County. Onolfo said he doesn’t fear water because he is a lifeguard during the summer. It’s just in case. I don’t use the diaper yet.” “I’ve got my bathroom thing down to a science.” Over the Atlantic, fireworks rang at midnight in the British capital as the London Eye turned blue and yellow in solidarity with Ukraine.

Fighting continued in Ukraine after Russian troops invaded in February with no end in sight. In the initial hours of New Year’s Day, Ukrainian air raid sirens sounded across the country after many blasts were heard in Kyiv and elsewhere. Moreover, The human rights ombudsman of Ukraine referred to Saturday’s Russian cruise missile attack as “Terror on New Year’s Eve.” Evening curfews hindered celebrations of the start of 2023 in many public places across the country. Several regional governors posted social media messages warning residents not to break the restrictions.

Around midnight, however, people in Kyiv gathered around a central Christmas tree. Yaryna, 36, surrounded by tinsel and fairy lights as she celebrated with her husband, said: “We are not giving up. They couldn’t ruin our celebrations.” On the other hand, Volodymyr Zelensky, Time Magazine’s Person of the Year for 2022, gave a video message to ring in the New Year: “I wish us all victory.” Vladimir Putin rallied his troops to stand by him in the coming year in his address to the Russian people.