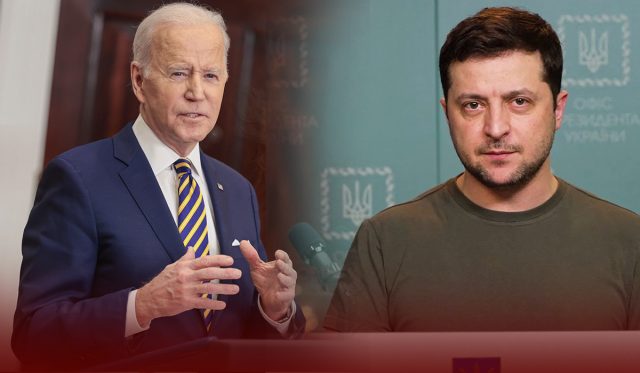 On Friday, Volodymyr Zelensky, the President of Ukraine, pressed his American counterpart, Joe Biden, to expand the U.S. economic campaign against Moscow. During a phone call, the Ukrainian president told Biden that more sanctions and actions should be done to cut off the country from international trade.

According to two sources familiar with the call, Zelensky supported the economic penalties that the Biden government announced to date, such as the White House announcing the latest move Friday to end normalized trade relations with Moscow. In addition, he requested that the U.S. president seek to close gaps in the current sanctions, specifically, restrict Russian access to global waterways and expand the list of sanctioned Moscow administration officials.

The Ukrainian government and Zelensky have committed Western partners to penalize Moscow economically for its aggression of Ukraine swiftly. Likewise, the Ukrainian leader called for a global trade ban on all Russian products and goods and demanded the U.S. to ban Russian ships from its channels and ports.

Latest Suite of Sanctions on Russia

American sanctions on Moscow officials mainly targeted State Duma members and Kremlin elites. On Friday, the Ukrainian president requested the U.S. president broaden the sanctions to cover Russian regional governments’ members. On Friday, just before announcing the latest measures in a speech publicly, Joe Biden called Zelensky at the White House to brief him on the most recent suite of sanctions on Moscow from his government.

Previously, Zelensky tweeted about the direct conversation with the U.S. president and said that he had a significant discussion with Joe Biden. In addition, he gave him the evaluation of the situation on the battleground told him about the Russian crimes against the civilian population. He added that both leaders agreed on additional steps to support the Ukraine defense and intensify sanctions against Russia.

Had a substantive conversation with @POTUS. Gave him the assessment of the situation on the battlefield, informed about the crimes of Russia against the civilian population. We agreed on further steps to support the defense of Ukraine and increase sanctions against Russia.

A spokesperson of the White House denied commenting on the matter. Previously, the White House stated that the U.S. leader spoke to the Ukrainian counterpart on Friday to emphasize his support for Ukrainians as they continue to defend their country against the Russian unjustified and unprovoked attack. Moreover, the White House moved with extraordinary pace to slap economic sanctions on Moscow since the aggression started.

The Biden administration limited Russian tech imports, targeted Russian financial reserves, cut off American imports of Russia’s oil & gas, and slapped sanctions on Kremlin financial elite personalities close to the Russian president, among other measures. However, the Russian economy still retains significant financial bonds to the Western nations. At the moment, Europe was unable to instantly cut off its energy supply from Russia because of its colossal reliance.