Home Updates Energy US: Oil prices below $0 for the first time in history 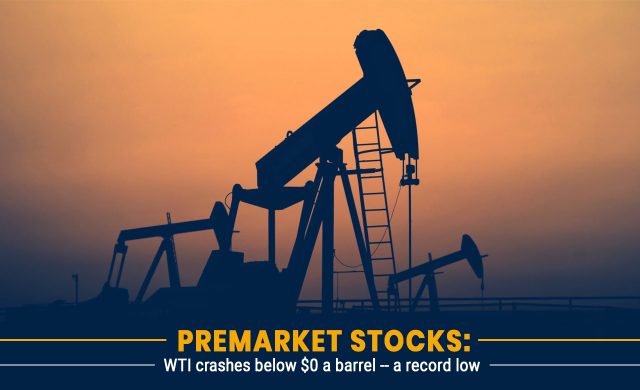 The spectacular collapse in Crude oil futures is showing no sign of recovery, as the COVID-19 crisis has reduced the fuel consumption across the globe and producers in the market are running out of the space to spread the excess barrels in the stock.

In United States prices have tumbled into negative for the first time in the history on Monday as they slumped from $0 to $ -37.63 a barrel. This is the lowest since NYMEX started oil futures trading in 1983.

The seriously low benchmarks can be attributed in part to the overall market outlook as The May futures contract for West Texas Intermediate, the US bench mark is near its expiration and most investors are already eyeing the June Contract, diluting the trading volume and truncating the investments, UBS analyst Giovanni Staunovo said.

The June futures for WTI are hanging around USD 22 a barrel but that is still very low by its standards. Brent Crude futures, the global benchmark plunged 8% on Monday to $25.81 a barrel.

The extreme strain on the WTI contract for May sheds light on the ongoing concerns related with supply and demand mechanics impacting the oil markets across the world. 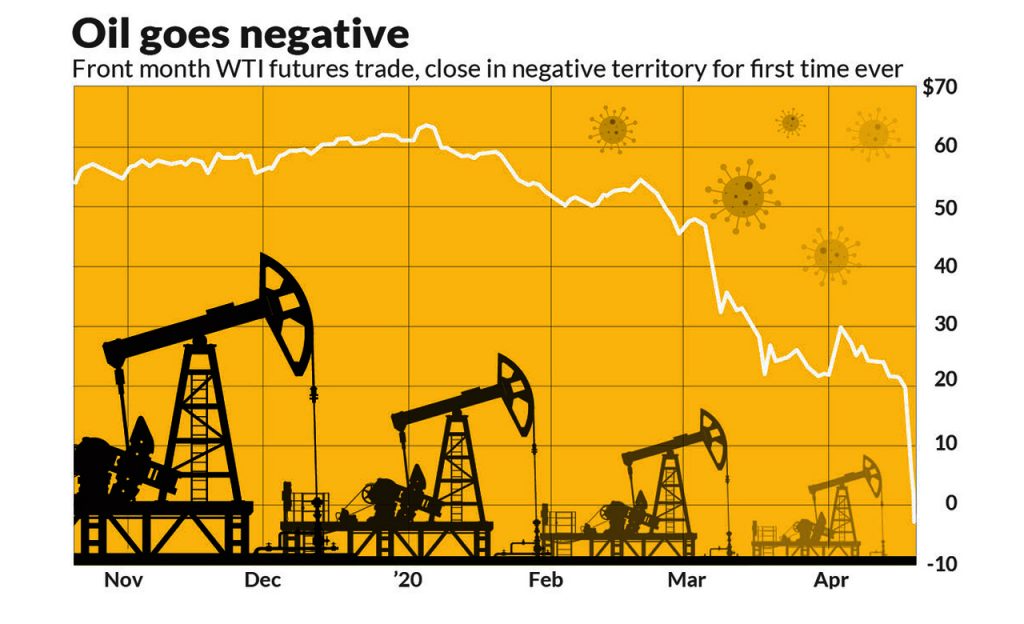 “No one in America wants oil in the short term,” Jeffrey Halley said on Monday while talking to clients.

Russia and Saudi Arabia last week tried to stable the prices following an agreement which would see them slash production by 9.7mn barrels a day in the two months of May and June registering the deepest production cut ever agreed. But that cannot do much about the dynamics of demand at present. Oil storage facilities are at big risk of overflowing and there is a chance that some oil producers in Canada and US will have no other choice but to pay their customers to dispose the extra crude of their hands according to Staunovo.

Investors in particular are feeling the heat as the storages reach their capacity in Cushing, Oklahoma, the main US petroleum hub. According to Rystad Energy, a consultancy that forecast US commercial Crude stocks are expected to hit all-time highs by the end of April and will continue to go up through May.

Following the declaration of earning by major American banks, the corporate giants, Delta, Coca-Cola, Intel, Netflix and IBM are expected to reveal their earnings this week. Goldman Sachs reports that 43% of S&P 500 companies have delivered different to that of Wall Street’s predictions and are on their way to most disappointing season in terms of reported earnings since 1998. 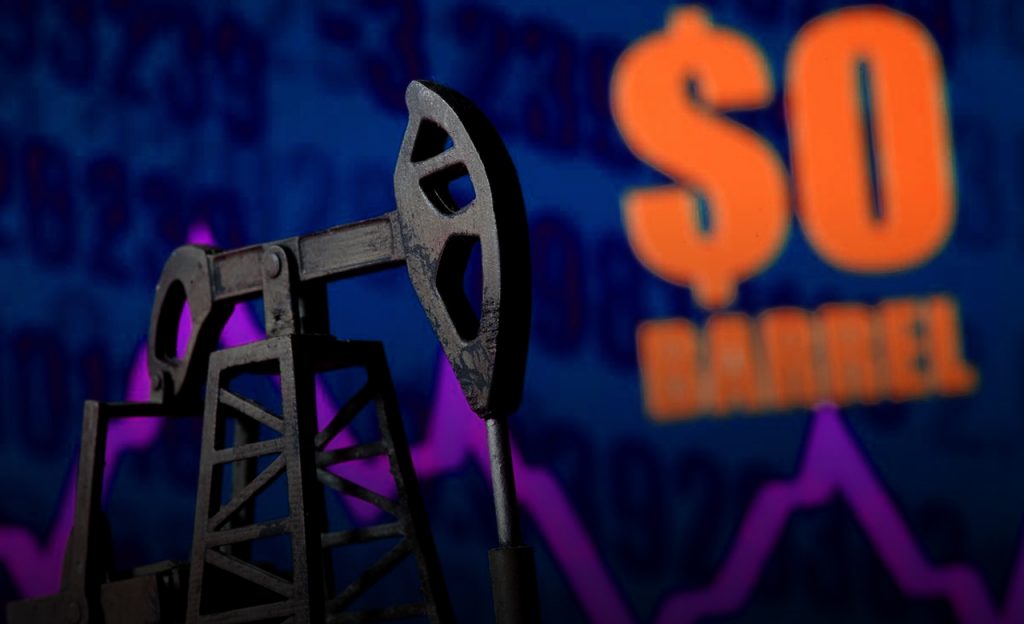 As US futures face decline on Monday amidst the struggling global stock and oil market crashes, the stock market in United States have shown some recovery and is expected to recover more in the coming days recording the fastest bear market.

The broader picture looks definitely very grim and complicated as the world grapples with COVID-19. “The confusing thing for markets at the moment is the huge dichotomy between what will possibly be one of the worst synchronized global economic slumps in history against what is undoubtedly the largest ever intervention,” Deutsche Bank strategist Jim Reid told clients Monday.