Home Updates Covid-19: Trump Says US in Good Shape to Meet Peak of the... 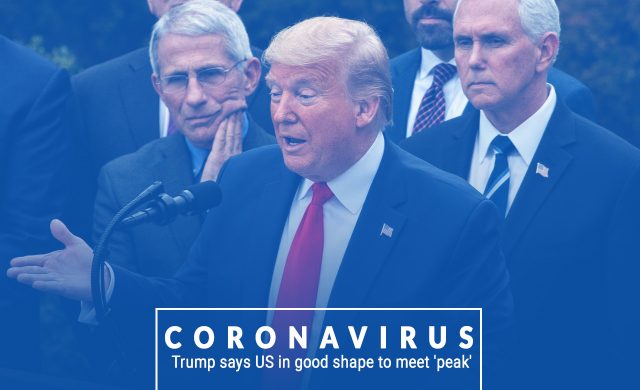 Donald Trump has stated that United States will be in a “very good shape” in terms of the number of ventilators available by the time Covid-19 reaches its peak in his country. The President revealed that at least 10 United States companies are now involved in manufacturing of the medical equipment and floated the idea that some might be available for export.

The deadly disease can cause severe respiratory complications and patients need ventilators to fight with the virus that enters the lower parts of human lungs. However, a number of state and local officials have given stark warnings out running out of life saving equipment. Governor Phil Murphy of New Jersey who leads the US state with second highest number of cases was latest to admit the shortage saying the “need was dire”. “We need more ventilators… This is real life. This is life and death,” he tweeted.

United States has more than 163,000 confirmed cases of Covid-19 and has registered 3,000 deaths. The health officials on Monday reported 540 new deaths over the last 24 hours, the deadliest day since the outbreak entered the country. New York City is the most hard-hit place with fatalities reaching up to 914 according to the data published by Johns Hopkins University. US became the leader in Covid-19 cases last week surpassing Italy and China.

Speaking at Covid-19 Task Force briefing at WH on Monday, Mr. Trump said: “We have now 10 companies at least making the ventilators, and we say go ahead because, honestly other countries – the will never be able to do it.”

On the question that whether the ventilators will ever be enough for all patients in the United States as the cases are expected to hit the top in the next two weeks, Trump responded: “I think we are going to be in a very good shape.”

He added that more than a million in his country have been screened for the disease, “more than any other country by far. Not even close.”

The President also made accusations that some state governors are hoarding the critical medical supplies in the time of dire need and alleged that items including face masks were being stolen from hospitals though he gave no evidence. 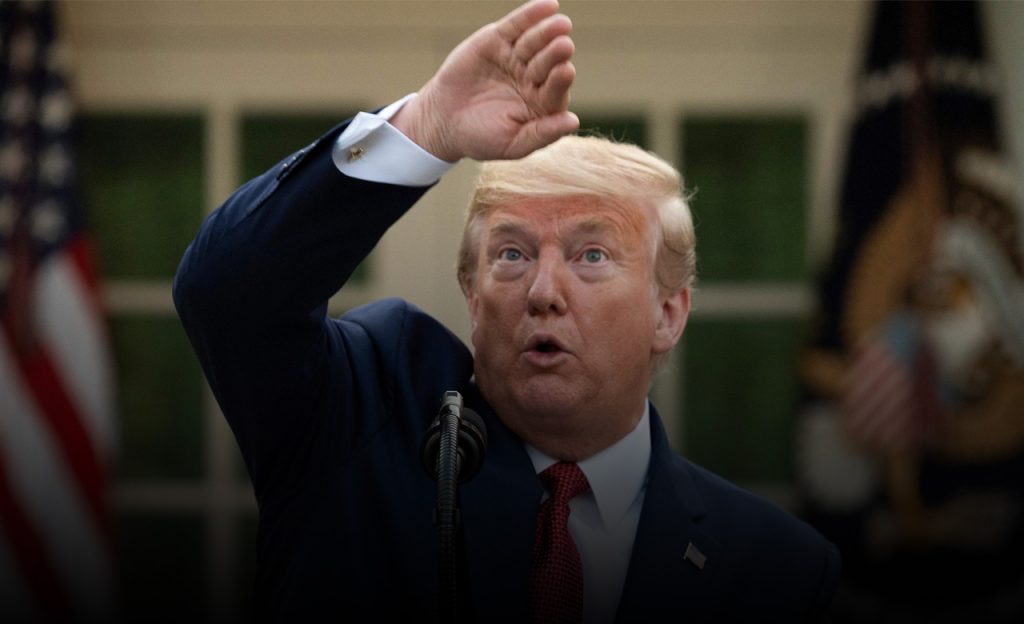 Trump said “challenging times are ahead for the next 30 days”, but hoped that social distancing could save more than a million American lives.

“We will have a great victory,” he added.

Responding to the question regarding his previous remarks belittling the outbreak and its impact on US, the President said they were “all true”.

“I don’t want panic in the country. I could cause panic much better than even you,” he rebuked the Cable News Network reporter.

Trump has been blamed by his critics and media for not acting proactively to combat the novel Coronavirus and the stemming of virus and prevention became only difficult due to his economic fallout assessment as he feared this would have an adverse impact on his re-election campaign later this year.

“The economy is number two on my list, we are going to save a lot of lives, he reiterated his claims.