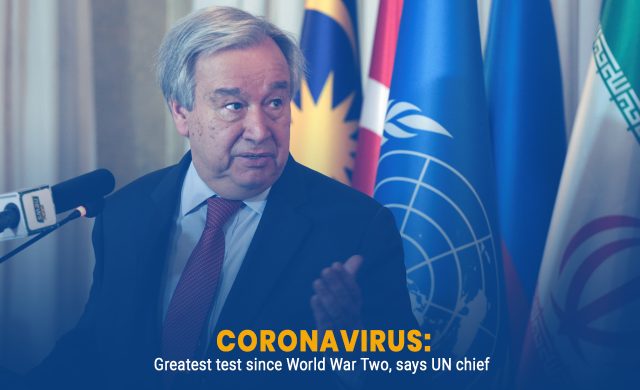 The UN Secretary General António Guterres issuing a stark warning to the World said the novel outbreak could be the biggest challenge for the world since World War II. He raised alarms by saying that it could bring a recession “that probably has no parallel in the recent past”. Mr. Guterres was addressing the audience at the launch of a UN report on the potential socioeconomic impact of the Covid-19.

The confirmed cases across the world are now nearing 860,000 with over 42,000 fatalities registered. While the death toll in Untied States is now over 4,000 – higher than the fatalities recorded by mainland China where the outbreak started last year.

According to figures floated by Johns Hopkins University, over 189,000 people in America have caught the disease. About 3 out of 4 Americans are now under some form of lockdown or social distancing measures as the county extends the emergency through April.

Meanwhile Spain is only next to Italy in the number of deaths after 849 death over the period of last 24-hours – so far the highest number in a single day. After a rise of 381, UK has recorded 1,789 deaths since the pandemic entered the country. Among the infected was a 13-year old boy who died in King’s College Hospital Trust in London.

Speaking at the United Nation Headquarters located in NYC, Guterres said: “The new coronavirus disease is attacking societies at their core, claiming lives and people’s livelihoods. 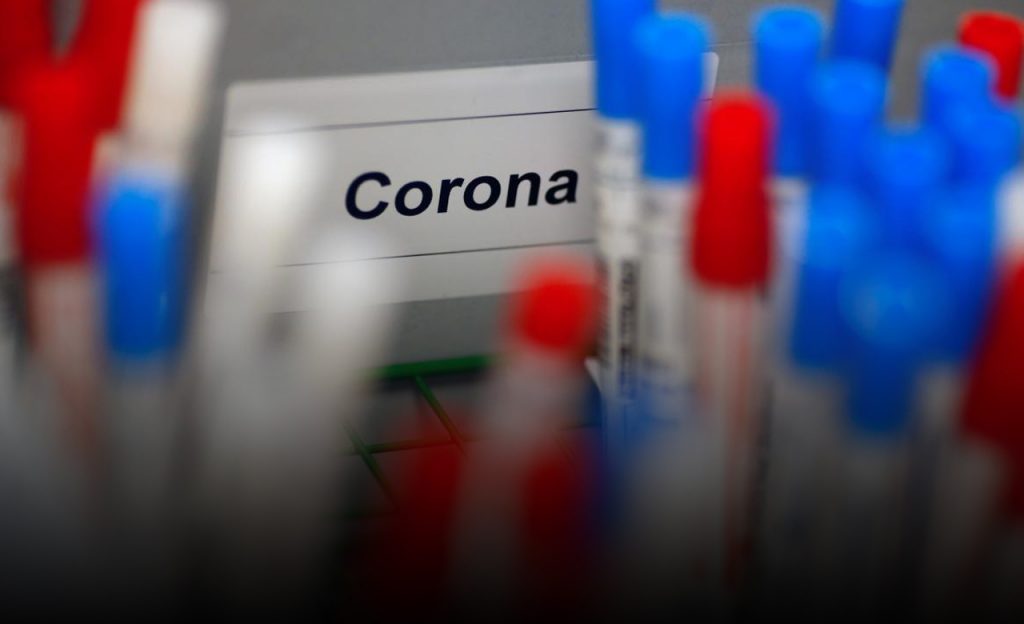 “Covid-19 is the greatest test that we have faced together since the formation of the United Nations,” added M. Secretary from Portugal while reiterating on the need of an immediate coordinated health response to suppress transmission and end the pandemic”.

In his address the UN Chief appealed the industrialized nations and developed world to help those less developed and underprivileged nations that are facing “the nightmare of the disease spreading like wildfire”.

United Nations report unveils that up to 25 people will have to leave their jobs if the current situation prevails while also predicting the 40% downward pressure on the FDI flows around the world.

Grim death toll projections have been made by Dr. Anthony Fauci in United States as even with the stricter measures WH is estimating that between 100,000 and 240,000 Americans will die of the novel Coronavirus because of the shortage of medical supplies and PPE: Personal Protective Equipment. New York is the hard-hit state in US followed by New Jersey and bother states are in dire need of medical equipment, beds, ventilators and more as they grapple with the virus.