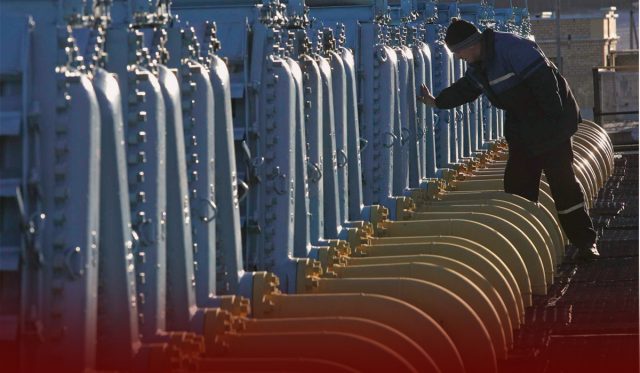 On Tuesday, officials from Polish and Bulgarian said that Russia is suspending natural gas deliveries to their nations because they refuse to pay in Russian currency. President Vladimir Putin demanded countries pay in rubles after the United States and allies slapped sanctions on Moscow over its invasion of Ukraine. As a result, Gazprom, the Russian state-owned energy giant, notified the two European Union and NATO member countries that they would suspend gas supplies starting Wednesday.

Polish and Bulgarian authorities said that the Kremlin is halting deliveries of natural gas to their countries amid their rejection to pay in Russian currency, a demand recently made by Putin after the costs were imposed against his nations over its all-out incursion of Ukraine. pic.twitter.com/5d2qCUqIS8

Since Putin’s announcement last month that unfriendly foreign buyers’ nations would have to manage with Gazprom in Russian currency instead of euros and dollars, the suspensions would be the first one. Just Hungry accepted Putin’s condition, while other countries rejected the demand and called it unacceptable. Moreover, they argued that Russian demand was a one-sided breach of contracts and a violation of sanctions.

Suppose Moscow halted deliveries to other European nations as well. In that case, it could cause an economic crisis in Europe, driving natural gas prices up and likely leading to the shortage, but it would also deal a blow to own Russian economy. According to Polish state gas firm PGNiG, yesterday’s cutoffs will hit Russian gas deliveries to Poland via the Yamal-to-Europe gas pipeline. And also to Bulgaria through the TurkStream pipeline.

The Yamal-Europe carries gas from Moscow to Germany and Poland through Belarus. Annually, Poland receives around nine billion cubic meters, fulfilling about forty-five percent of the nation’s needs. On the other hand, PGNiG announced to take legal action over Russian payment demand in rubles. However, Poland Climate Minister Anna Moskwa said that Poland is ready to make do after working on cutting its dependency on Moscow energy sources.

Similarly, Bulgaria says that it is working with state gas firms to find and produce alternative sources, and they will impose no restrictions on domestic consumption for the time being, even though the Balkan country of around 6.5 million inhabitants meets more than ninety percent of its gas needs through Russia. During the Russian invasion of Ukraine, Poland strongly supports its neighboring country Ukraine.