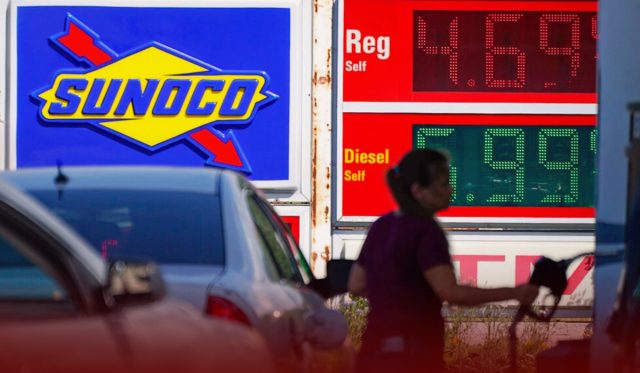 The U.S. government reported that the United States consumer prices are still rising and were 9.1% up in June compared to one year ago, the fastest surge in the last four decades. Moreover, the U.S. Bureau of Labor Statistics said prices were up around 1.3 percent in June compared to May. That statistic is also considered a massive jump, following a surge in previous months crushing millions of American families’ household budgets, including gasoline, housing, and food.

The US got hit by one of the largest consumer price increases in four decades. The news came on Wednesday as the Government reported a continuous hike in consumer prices of up to 9.1 percent this June compared to a year ago.#USOIL #oilprices #oilproduction #FuelPrices #Consumer pic.twitter.com/lnivRuvght

From May to June, the most significant increase was 7.5 percent in the energy sector, contributing approximately half of the overall surge in inflation. As a result, the energy index is 41.6 percent for the year, the largest twelve-month increase since April 1980. Furthermore, the gasoline cost was up 11.2 percent in June, somewhat reflecting the turmoil in global oil prices brought on by Russian aggression against Ukraine, now in its 5th month.

However, the prices at gasoline pumps have been falling since the time frame of the last inflation report. United States President Joe Biden stated that the latest statistics reveal the full impact of approximately thirty days of decrease in gas prices, which has cut the price at the pump by around forty cents since mid-June. He added that inflation is the major economic challenge of his government as it is hitting almost every nation globally.

Rather than the gasoline cost, most American families have severe concerns about soaring food costs, up one percent in June over May and 10.4 percent compared to one year ago, which is the largest annual rise since February 1981. Likewise, apartment rents were 8th-10th of a percent higher in June compared to May. In addition, the White House and the Federal Reserve officials expressed current concern about the rapid surge in consumer prices.

Polls reveal that increase in consumer prices is the biggest economic concern for American voters four months before a countrywide congressional election, even as American employers are still adding a significant number of new jobs to the country’s economy each month. Similarly, the approval ratings for Biden’s performance in office fell mainly over inflation concerns.