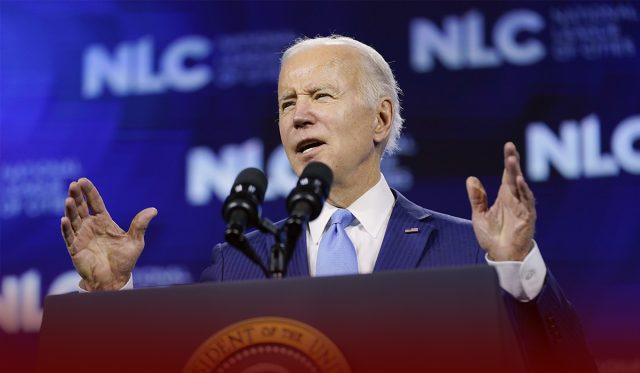 On Monday night, the United States President Joe Biden attended the first in-person fundraiser of his presidency since the Coronavirus pandemic began. Biden spoke to a small group of fundraisers focused on the climate crisis and said the Ukraine invasion was another reason to get off reliance on fossil fuels. He said that the Ukraine and Russia war is one more reason the world needs to end dependence on fossil fuels.

Biden attended his first in-person fundraiser since the COVID-19 pandemic began. The recent event marked a return of a traditional form of politics that several Democratic leaders avoided as a matter of public safety over the last two years. pic.twitter.com/OD77IkHhat

The European Union relies on Russia for about a third of its gas supplies. However, the U.S. president banned the import of Russian gas into his country, which did not import much of it, and other luxury items from Russia as part of his economic crackdown on Moscow. However, yesterday, the president’s message focused more on climate issues, which he called the real threat to humanity.

The U.S. leader also spoke to the necessity of reducing the warming of the Earth. In addition, the event featured eighteen wealthy donors in-person and four virtual attendees. Biden headed the event without wearing a face mask and donors seated around him. The Washington Post reported that the fundraising event raised over $3 million for the DNC and comes amid frustration among Democratic donors with the president’s limited number of fundraising events.

President Biden is ramping up his political activities before the upcoming midterm November election, where Democratic leaders struggle to keep control of Congress as voters show their frustration with the high cost of living and the economy. Last week, Biden spoke to the Democratic National Committee, House Democrats, and Senate Democrats ahead of yesterday night’s fundraiser. Meanwhile, Democrats privately expressed concern about the low approval ratings of the president along with voter anger.

The White House particularly dopped its message regarding the “Build Back Better” plan, but there is frustration on their side they are not receiving more credit from voters for helping end the Coronavirus outbreak and the Congress-approved financial bailout packages. All recent polls show voters criticize Democrats and the president for high prices of gas, food, and rent. The overall approval rating of the president in a Wall Street Journal poll was forty-two percent compared to the fifty-seven percent who disapprove of his presidency.