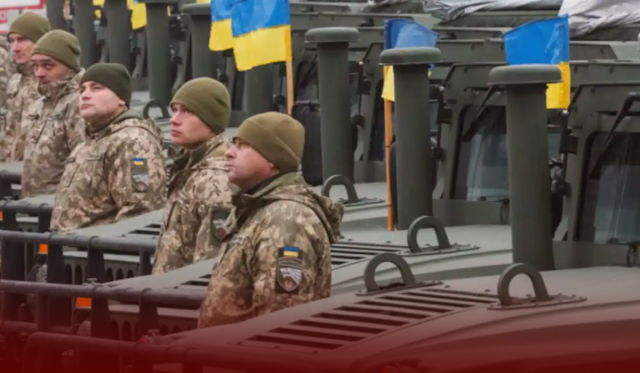 On Tuesday, the White House announced that the U.S. would send Ukraine another $725 million in weapons and other assistance. It joins a flurry of aid announcements from European allies during the recent Russian missile attacks on Kyiv and other targets. On Friday, Secretary of State Antony Blinken stated that Russia had launched brutal missile attacks against civilians in Ukraine and that evidence suggests that Russian troops have committed atrocities.

A $725 million package of weapons and military assistance will be sent to Ukraine in response to Russia’s renewed missile strikes on Kyiv and other targets, the White House announced on Monday.#militaryaid #Ukraine #Russia #USAid #aidPackage #Kyiv #militaryassistance #WhiteHouse pic.twitter.com/KQm2be5v5P

According to U.S. officials, no significant new capabilities or counterair defenses are included in the aid package. Ukraine will instead be resupplied with ammunition and weapons already being used successfully by Kyiv in its counter-offensive against Russia. However, Blinken stated that our capabilities in Ukraine would play a significant role on the battlefield.

I have directed another drawdown of arms and equipment worth $725 million from @DeptofDefense inventories to Ukraine, our 23rd drawdown since August 2021. As Ukraine’s defenders push back Russia’s forces, the United States stands #UnitedWithUkraine.

During a recent NATO meeting, defense leaders from Europe and the world provided Ukraine with weapons and air defense systems in response to Russia’s intensified bombardment of Kyiv and its surroundings. No significant new weapons are reported to be included in the U.S. package. However, for the past eight months, the U.S. has provided Ukraine with assistance primarily in the form of ammunition supplies to support the weapons systems it has been successfully employing in its offensive against Russia.

What is included in the package?

It includes ammunition for the High Mobility Artillery Rocket Systems, known as HIMARS, which have been critical in enhancing Ukraine’s ability to strike ammunition depots, bridges, and other key targets that have limited Russia’s ability to resupply troops. As of now, twenty HIMARS have been delivered to Ukraine, and eighteen more will be delivered in the future. The aid announcement concludes a week in which allies have made several commitments.

In the last two days, many new contributions have been made by countries, both large and small, underscoring the risk that European nations may become the following targets of Russian aggression. A senior U.S. defense official told reporters during a press conference at the Pentagon that Ukraine still requires additional air defenses. One official reported that over 24 hours, Russia fired more than eighty missiles at Ukrainian targets, of which Ukrainian air defenses intercepted approximately half.

In a statement, the British government announced last week that it would provide missiles for advanced NASAM anti-aircraft systems that the Pentagon intends to deliver to Ukraine. In addition, the British government sent hundreds of drones and eighteen howitzer artillery guns to the conflict. It has been reported that Germany has given the first of four IRIS-T air defense systems and promised that France is sending artillery, anti-aircraft systems, and missiles. Canada plans to deploy winter equipment, drone cameras, and satellite communications soon. In the eight months since Ukraine initiated its offensive against Russia, it is believed that the new U.S. package primarily intends to replenish ammunition for its weapons systems.

It has been suggested that these attacks are Russian revenge for bombing the strategic Kerch Bridge connecting Russia to Crimea, which has been annexed. In the Kremlin, war hawks are demanding that Putin intensifies the bombing campaign even further to punish Ukraine for the truck bombing on the bridge. Neither Ukraine nor its government has claimed responsibility for the attack.

Further, Russia’s current rocket attacks are a response to Ukraine’s fierce counter-offensive, which has led Kyiv to regain many of the towns and territories that Moscow had previously captured in the early stages of the conflict by attempting to regain its ground. The United States has committed more than $17.5 billion in weapons and equipment since the beginning of the fight on February 24.

According to Ukraine’s Ministry for Reintegration of Temporarily Occupied Territories, over six hundred settlements were captured by its military over the past month as part of its operations on the battlefield. In the Kherson region, where Ukrainian forces advanced deep behind Russian lines last month, about five hundred settlements have been liberated. In addition, the ministry reported that about seventy-five localities had been recaptured in the northeast Kharkiv region. The ministry added that approximately forty-three settlements in the Donetsk region and seven in the Luhansk region had been liberated.

As Washington seeks to intensify pressure on Putin’s government over the war in Ukraine, the United States has warned it may impose sanctions on people, countries, and companies that supply ammunition to Russia or support its military-industrial complex. Deputy Treasury Secretary Wally Adeyemo informed government officials from 32 countries attending a meeting about sanctions on Russia that the department is issuing guidance indicating its readiness to impose such a measure.