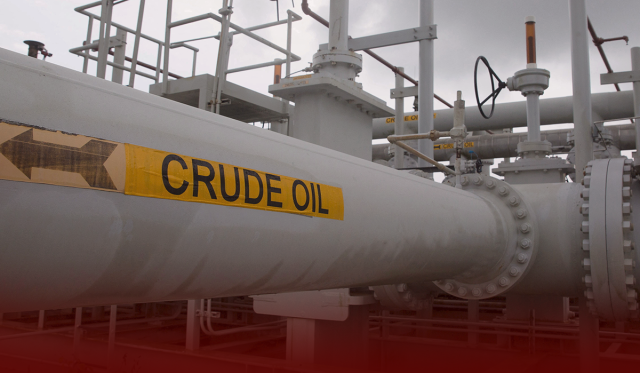 A $60-per-barrel price cap for Russian oil was adopted by the Group of Seven nations and the Australian government on Friday, a crucial step in Western sanctions that aim to reorder the global oil market and prevent price spikes while starving Russian President Vladimir Putin from funding to wage his war against Ukraine. Earlier this week, the European Union imposed an embargo on Russian oil shipped by sea, prohibiting the insurance of such supplies.

On Friday, the Group of Seven (G-7) nations and Australia confirmed that a $60 per barrel price cap would be imposed on Russian seaborne crude oil after European Union members had overcome Polish resistance earlier in the day and reached a political agreement.#G7 #Russianoil pic.twitter.com/3ZNy9fGjOi

The European Union had to set the discounted price other nations would be required to pay. A price cap, proposed by wealthy democracies of the G-7, is intended to prevent energy prices from rising and further inflation from occurring should Russian oil suddenly disappear from the world’s market. Janet Yellen, the US Treasury Secretary, stated that the agreement would positively restrict the primary source of revenue for Putin’s illegal war in Ukraine while maintaining a stable supply of energy worldwide.

A flurry of last-minute negotiations led to the agreement. In pursuing a low cap on EU contributions, Poland has long held up an agreement between the EU and the country. However, on Friday evening, after more than 24 hours of deliberation and after other EU member states had indicated they would support the agreement, Warsaw finally relented. In a joint Friday statement, the G-7 coalition stated that it is “prepared to evaluate and adjust the maximum price as necessary,” considering market developments & the likely impact on coalition members and countries with low or middle incomes.

Estonian Prime Minister Kaja Kallas stated that cutting back on Russia’s energy revenues was essential to stopping its war machine. She added that she was pleased that a few dollars lowered the cap from earlier proposals. The cap reduction equates to a decreased $2 billion in Russia’s war chest for each dollar reduced. Even though the European Union and the United States have differing views, Kallas says there have been no doubts that the price must be reduced.

Further, he explains that a price of 30 to 40 dollars would significantly damage Russia’s economy. “While this is not an ideal solution, it is the best compromise we could find.” With a $60 price, the cap is set close to the current price of Russian crude, which has recently fallen below $60 a barrel. The government of Russia contends that more is needed to undermine a key source of income for the country. Even though it is not a cap, it remains a large discount to Brent crude oil, which fell to $85.48 a barrel Friday.

Moscow may continue to sell despite refusing to accept a cap. It poses a significant risk to the global oil market if large quantities of crude oil are lost from the world’s second-largest oil producer. Therefore, gasoline prices may increase around the world, which has caused political turmoil for President Joe Biden as well as other leaders around the world. A soaring cost of living is currently causing protests among governments in the European Union, which is experiencing an energy crisis. Energy prices can change suddenly in developing nations even more than in developed countries.

While the conflict in Ukraine has entered its ninth month, the West is increasingly under pressure to target one of Russia’s main revenue generators, oil, to damage Russia’s economy and slash Putin’s war chest. After the pandemic, energy prices increased, and the invasion of Ukraine unsettled markets, allowing Russia to capitalize on the situation. In a Friday statement, John Kirby, the spokesperson for the National Security Council, said that cap itself would limit Putin’s ability to profit from oil sales and restrict his ability to use those funds to fund his war machine.

However, there will be more uncertainty in the future. A slowing global economy and restrictions on COVID-19 in China may result in a lower desire for oil. Oil-producing nations such as OPEC and Russia pointed to this as the reason for cutting oil supplies worldwide during October. The next meeting of the OPEC+ alliance is scheduled to be held on Sunday. More oil supplies will likely be taken off the market due to the European Union embargo, raising the prospect of a supply squeeze and higher oil prices. The Russian oil industry exports approximately five million barrels of oil each day.

Putin did not support a price cap and threatened to retaliate against those who would implement it. The Russian government has already rerouted a significant portion of its exports to China, India, and other Asian countries at reduced prices since the EU embargo caused Western customers to avoid it. Most insurers are likely to be domiciled in the European Union or the United Kingdom and may be required to participate in the price cap program. Moreover, the Russian government may also sell oil off-the-books by using obscurely owned tankers known as a “dark fleet.”

Even under those circumstances, Maria Shagina, a Berlin International Institute for Strategic Studies sanctions expert, stated that the cap would make selling oil around the restrictions “more expensive, time-consuming, and cumbersome.” In Washington, Robin Brooks, chief economist at the IIF, said that the cap should have been implemented when crude oil was trading at approximately $120 per barrel in the summer of 2014.

The oil price has dropped since then, and the global recession has become a reality,” he added. Current oil prices, this agreement is unlikely to be binding.” European leaders trumpeted their work on the price cap, a brainchild of Yellen. In her remarks, Ursula Gertrud von der Leyen, president of the European Commission (EU), stated that the EU’s agreement on an oil price cap, coordinated with the G7 and others, will significantly reduce Russia’s revenue. Stabilizing global energy prices will benefit emerging economies throughout the world.