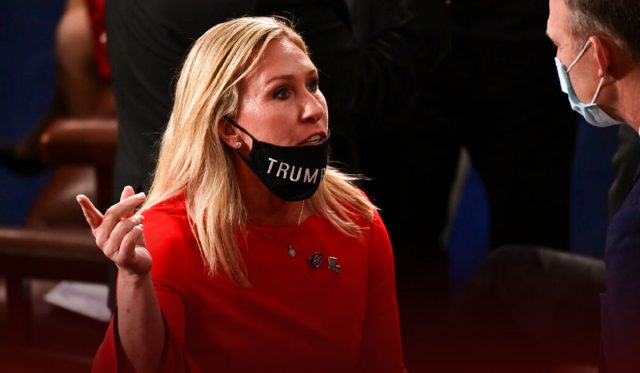 On Tuesday, Representative Jimmy Gomez told Forbes that he plans to make a new push to get representatives behind his resolution to expel Representative Marjorie Taylor Greene from Congress by drawing on scandal over her hapless effort to establish a congressional group called the American First Caucus.

Gomez inquired about the status of his resolution, which he launched in March but still not brought for a vote on the floor. He says that he is still looking for more support and will bring it forward at the right time.

I just went inside the Capitol to file my resolution to #ExpelMaxineWaters for her history of inciting violence and ordering Black Lives Matter terrorism against National Guardsmen in Minnesota. pic.twitter.com/V408AUl8ZT

Furthermore, Gomez adds that he only gained three cosponsors for the new resolution in those weeks when it introduced – taking it to seventy-five, or approximately a 3rd of the Democratic caucus – but unveiled plans to send it out again in a new effort for support.

Gomes said that the recent effort of Greene to introduce a new right-wing caucus, whose reported platform prompted Anglo-Saxon political traditions of the country, and the progeny of European architecture upset quite a several representatives and may push the dismissal effort. Additionally, he adds that they are in an effort to get more people while emphasizing that the main focus of the resolution is the alleged role of Greene in helping prompt the 6th January insurgency.

Seventy Republicans would have to Cross the Aisle

Greene listed her plans for the caucus and claimed that she had no hand in writing the platform, but it drew extensive criticism from even the leadership of the Republican party and appeared to isolated her more from the right-wing Freedom Caucus. Moreover, seventy Republican leaders would have to cross the aisle and vote in favor of the resolution for Greene to expel, expecting all Democratic leaders to vote for it, far over the eleven House Republicans who voted with the Democratic party to remove Greene because of her committee assignments in February.