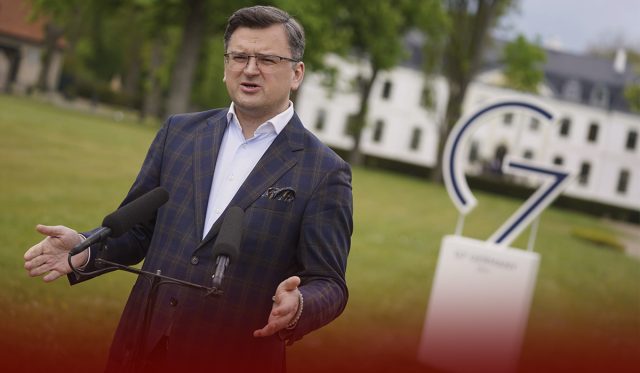 On Friday, the Foreign Minister of Ukraine, Dmytro Kuleba, said that the Ukrainian government is willing to engage in diplomatic dialogs with Russia to release grain supplies and find a political solution to the war in his country but won’t accept demands from Russia. Kuleba stated that the Kyiv government received no positive response from Moscow, which he supposed prefers wars to negotiations.

In a G-7 meetup Ukraine’s Foreign Affairs Minister says that Kyiv is ready to engage in consular discussions with Moscow to unblock supplies of wheat and grain and attain a political resolution to Russia’s brutal conflict in Ukraine.#G7 #Ukraine #Russia #Grainsupply pic.twitter.com/A4oPLKoH8Z

On the sidelines of a meeting of foreign ministers from G-7 countries, Kuleba told reporters that they were ready to talk but aimed for meaningful dialogs based on mutual respect. He said that his conversation with the Group of Seven economies in Germany had been fruitful, helpful, result-oriented, and honest with each other. The foreign minister praised them for the weaponry and financial aid they provided to Ukraine.

However, he urged Ukrainian supporters of Ukraine to supply further weapons, including military airplanes and several launch rocket systems, and to put additional pressure on the Russian economy by speeding up sanctions on the Russian government and individuals and seizing the sovereign assets of the country to pay for rebuilding Ukraine.

The European Union Another Aid Announcement for Ukraine

The foreign affairs chief of the European Union, Josep Borrell, announced plans to donate another $520 million (500 million euros) to acquire heavy weapons to curb the Russian attack. During the G-7 meeting in Weissenhaus. Further, he added that the funds would be allocated to receive heavy weapons and take the overall financial support of the European Union for the war-torn country to two billion Euros.

On the other hand, the union warned that any expense requires support from all of the twenty-seven members of the bloc. Some alliance nations are expressing uncertainties, and approval is not likely before next week. Nevertheless, Charles Michel, the European Union Council president, shows his extreme support for the plan. Moreover, the three-day meeting of the G-7 group, which ends today, offered an opportunity for top diplomats from the United Kingdom, the United States, Italy, France, Canada, Germany, and Japan to discuss the broader geopolitical implications of the Ukraine war.