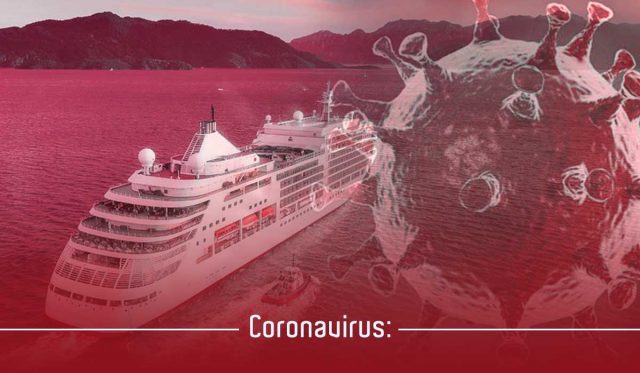 Two passenger planes with hundreds of American citizens on board are airlifted from a Japanese cruise ship to United States according to officials.

One plane has touched the ground in California military base and its occupants will face another episode of quarantine for 14 days. Prior to that around 400 US Citizens were hosted by the Japan-owned coronavirus hit-cruise and a mobile quarantine facility “Diamond Princess”. The ship is under quarantine with some 3,700 0passengers since Feb 3, 2020. Meanwhile China reported a total of 2048 new affectees of outbreak on Monday of which 1,933 were residents of Hubei, the epicenter of the epidemic.

In other developments a public meetup to celebrate the birthday of new Emperor Naruhito later this week has been called off fearing the outspread of the virus.

In China, the National People’s Congress standing committee announced it would have a discourse on the postponement of this year’s congress meeting because of the nationwide health emergency. 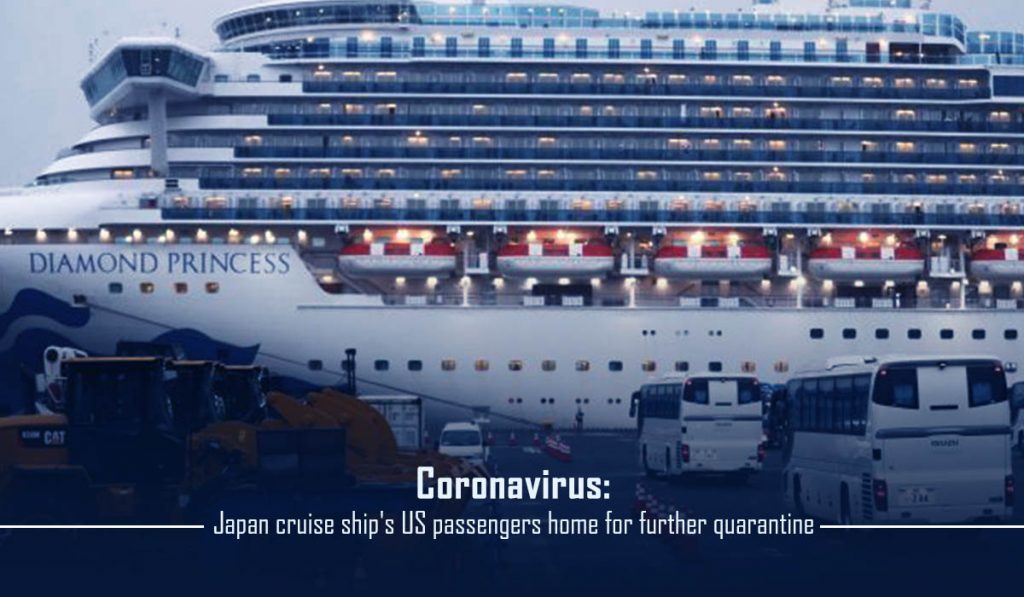 An American woman tested infected while entering Malaysia after leaving a cruise ship docked off the shores of Cambodia.

According to Fontanka news agency, a Russian court has ordered a woman that deserted from a quarantine facility last week to go back to the confinement and stay there until she tests negative for the virus; the patient Alla Ilyina is bound to return to quarantine until Wednesday.

Taiwan has reported a death of a 61 years old Taxi driver who had a history of Hepatis B and diabetes however, it is not confirmed yet if the caught the disease or died from some other illness.

A plane carrying 175 Nepalis most of which are students has landed Kathmandu airport from Wuhan.

The cruise ship turned into a quarantine facility in Japan’s port of Yokohama after a man onboard was found to be infected with the virus when he landed Hong Kong. The Japanese officials on Sunday reported that the number of cases rose from 70 to 335 making it largest multitude of cases outside mainland China.

At least 40 American citizens travelling on the cruise liner will stay in Japan to get treatment, told Doctor Anthony Fauci, Director of the National Institute of Allergy and Infectious Diseases while talking to CBS. The US Airforce planes sanctioned to fly its citizens back home left the Tokyo’s Haneda Airport in the early hours of Monday; the flight landed in California. The second aircraft is due to arrive in a US Airforce base in Texas.

Those landing the United States will go through another two weeks of quarantine enforced by the domestic authorities.

“And the reason for that,” Dr Fauci added, “is that the degree of transmissibility, on that cruise ship, is essentially akin to being in a hotspot.”

However, some of the Americans have decided to voluntarily to not abandon Diamond Princess and will complete the quarantine deadline ending on Feb 19, 2020. Passenger Matt Smith, a lawyer said he was not willing to take a bus to the plane with potential corona cases to avoid catching the disease.

To assist with relief efforts, Japan’s government has donated 2,000 iPhones to the passengers on board. The smartphones would help the cruise occupants through an app installed on devices to contact doctors, pharmacists and mental health counselors; the application sponsored by Japanese health ministry is country-locked and can’t be accessed outside Japan.

Other evacuation flights have also been arranged by Hong Kong, Canada and Israel to rescue their citizens who have their families worried and waiting for their landing back home. Australian officials have announced the evacuation of its 200 citizens in other developments.

The death toll in China seems to be dropping and official figures show as of Feb 16, 100 people died from the virus in Hubei down from 139 on Saturday. Meanwhile, in the capital city of Beijing, administration have ordered everyone returning to the city to undergo a 14-days quarantine period to control and prevent the outbreak. A third drop in the cases have been reported in the last week. National Health Commission spokesman Mi Feng gave said that the figures show China was managing to curtal the virus.

“The effects of epidemic prevention and control in various parts of the country can already be seen.”